We met at the zoo during our Junior year in high school, where Steven was working the Merry-Go-Round and Abby was selling popcorn. A frightened child's slushee spilled on to Steven's head was all it took to send Abby into hysterics, and he's kept her smiling ever since with soft serenades and frequent flowers.

Today, you can often find us at various coffee shops and public areas with Steven playing guitar behind Abby's inviting voice. But whether we're making music, visiting the zoo, traveling, or just cleaning the house, we're happiest when we're together.

Steven proposed to Abby a little over a year ago in the Paris Zoo. Throughout the months planning our trip to Europe, Steven was adamant that he would not be proposing on the trip, because he did not want to take a ring through airport security. Somehow, he managed to avoid going through security at the same time as Abby.

The trip had a rather stressful beginning with us getting lost and Steven actually getting into a fight with a street vendor over the price of a baguette. We eventually got to our hotel and just ate wine, cheese, and the slightly damaged baguette. We then toured the city for the several days, seeing the Eiffel Tower, Notre Dame, the Arc de Triumph, and much of the Louvre. Our days and nights were filled with fine French sites, food, and wine.

On the day we went to the Paris zoo, we were enjoying the exhibits when he got down on one knee in front of the orangutan exhibit and proposed! To add to the perfect day, he had hired a photographer to capture the whole event. We were able to go to all of our favorite parts of the city for pictures, including a cute shot by a vintage merry-go-round. 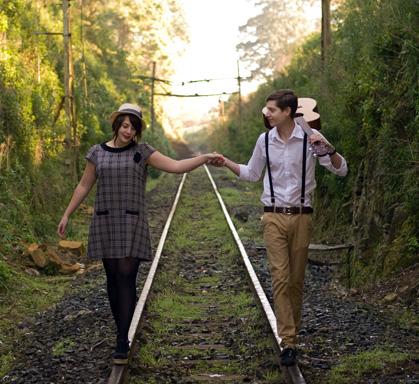